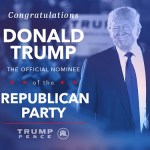 [Editor’s note: Please welcome Jamison Faught and Muskogee Politico to OKGrassroots Feed Network. He has done some amazing demographic analyses and we hope you enjoy his articles here./sc]

NIGHT WATCHMAN Once upon a time the government had a vast scrap yard in the middle of a desert.Congress said, “Someone may steal from it at night.” So they created a night watchman position and hired a person for the job. Then Congress said, “How does the watchman do his job without instruction?” So they […]

OKGOP Chairman, Randy Brogdon, told the State Committee on Saturday that he received a recent call and offer from presidential candidate, Senator Rand Paul of Kentucky. Rand stated his desire to help the OKGOP with a planned fundraiser event. The date and venue are yet to be announced, but many expect it to occur within the next few months. Former Oklahoma Congressman, JC Watts could possibly join him. 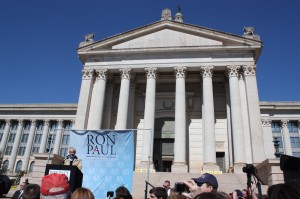 Battle for Oklahoma – Santorum Team Sells Out
Rick Santorum is a pro-Life. Mitt Romney is sometimes. Rick Santorum is a social
conservative. Mitt Romney is also, sometimes. Rick Santorum wants to repeal
Obamacare. Mitt Romney does too (although he created Romneycare – never mind!).
Ron Paul
has always been conservative. He has been a Republican Congressman for 24 years
(which means he is not a member of the Libertarian Party). I don’t know where “legalize
recreational drug use, decimate obscenity laws, and sanction prostitution”
comes from, but I do know that we have some drunken political whores running
our government, and it’s time for them to go – in both parties. Oh, and Ron
Paul is the guy who stands for the right of Israel to determine her own future,
and the location of her Capitol, without the interference of our government. He
is also the guy who opposes the UN and globalism…
Civility means abiding by the Rules.
We plan to – I certainly hope others do, although that would be a change from
recent Conventions (Maine? Nevada? Colorado? Missouri? Never mind – nothing to
see here..)
For your enjoyment, an email sent to me by a friend.
Continue reading via OKGrassroots

Our campaign swept all three – winning nine delegates to the Republican National Convention in Tampa!

And in Colorado, I picked up 12 delegates and 13 alternate delegates, as my campaign pushed a “unity slate” with Rick Santorum’s supporters that ended up with 20 total delegates – while Mitt Romney only walked away with 16 delegates!

Is this the picture the msm gives you of the race? Special thanks to RonPaulForums for the photo and the information it contains.