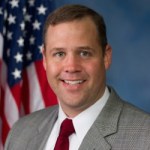 Today, President Obama once again usurped the legislative power of Congress by executive overreach.  The President’s gun control executive actions will infringe on the 2nd Amendment rights of law-abiding Americans, but do nothing to prevent gun crime and mass shootings.  I am confident that his proposals will be challenged in court and ultimately vacated.

Obama’s new executive actions on gun control would have not prevented mass shooting tragedies from Columbine to San Bernardino.

The executive actions broaden guidance on who must obtain a firearms license while being deliberately vague in defining who will be considered a gun dealer.  This will give federal agents undue power and make people reluctant to engage in gun transactions for fear of being selected for politically-motivated prosecution.  The actions not only violate 2nd Amendment rights to keep and bear arms but also 4th Amendment protections against unreasonable searches and seizures.

— Come out and bring the kids to Family Night!

— And why you should be happy that GOA is under attack!