“Bulgarians’ lack of faith in institutions sparked runs on two banks and triggered the worst financial crisis in 17 years, the nation’s president said.  ‘Let me make this very clear: there is no banking crisis in my country, but there is a crisis of confidence,’ Rosen Plevneliev said today.  With low trust in institutions, rumors, attempts at destabilization and speculative attacks can ‘create a panic,’ the president said.  The central bank blames an ‘organized attack’ of ‘criminal actions’ for the run on First Investment Bank. Corporate Commercial Bank lost deposits because of a dispute between a majority shareholder and a large depositor, Capital newspaper reported June 18, citing unidentified people.” 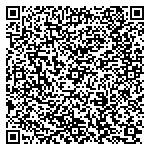