Skip to content
With all the great nationwide success in homeschooling, and particularly the mid-western popularity of home and church education options, Liberals are doubling down their efforts to force the next generation to be educated by their statist faculty & fostering system.
The Daily Caller gives us a hint at the battle lines forming around the home-educating family and how to respond. 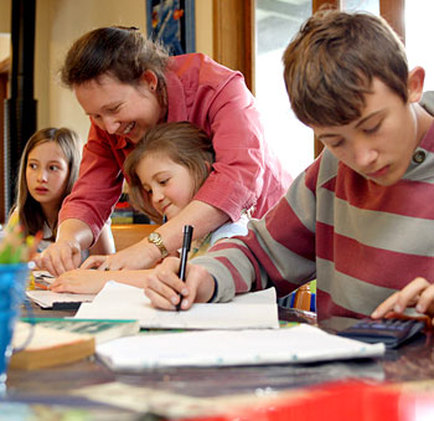 That progressive activists are targeting Christian education is no longer news. Christian colleges including Gordon in Massachusetts and King’s in New York have endured ideologically-driven accreditation investigations. Christian groups including InterVarsity have been challenged and sometimes de-recognized on secular campuses. Nor is ideological animus against the transmission of religious ideas limited to higher education alone. Consider the purposiveness with which some progressive standard-bearers now attack, of all things, homeschooling — that is, the practice now adopted by millions of American families for educating children outside of government institutions.

Here as elsewhere in our examination of anti-Christian soldiers, the first salient fact is that progressive activists even have a lockstep position against homeschooling, rather than a diversity of views. Here as elsewhere, diversity is a thin word — whereas the thick reality of intolerance is something very different.

For while “homeschooling” is the ostensible target, what irks today’s activists most is that the majority of homeschooled children are in Christian families. Homeschooling is one more lightning rod for the peculiarly intense hostility radiating from supposedly progressive quadrants.

Or this tendentious phrasing from a 2015 piece at Salon:

Obviously, an implied double standard is at work here. If other parents around America were following a curriculum laden with some of progressivism’s greatest hits—say, via a canon that included works by Arthur Miller, Richard Hofstadter, Richard Dawkins, Christopher Hitchens, and Philip Pullman—it’s safe to bet that civil libertarians would be defending the right of those parents to educate their children as they see fit. But if instead you’re poring over classics of Judaeo-Christianity at the kitchen table, then charges of undermining public education—even society itself—will be thrown your way. Homeschooling must be assaulted, so runs the ideological reasoning, because it’s something Christians do.