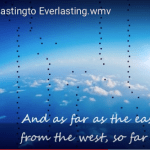 This week’s Music Monday is From Everlasting to Everlasting, recorded by the SoundForth Singers and Orchestra of Bob Jones University.


Click to go below the page break to see all previous Music Monday posts. Do you have a song you’d like to submit for a future Music Monday? Email me at JamisonFaught@MuskogeePolitico.com.