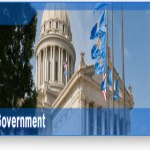 Since Jan. 15, Oklahoma has had a net gain of 178,643 voters. The biggest net beneficiary of the increases was the Republican Party, which added 103,802 voters. Independents added 46,586 voters, while Democrats saw in increase of 24,658 and Libertarians added 3,599. The Libertarian Party became recognized in Oklahoma earlier this year.

Republicans are growing the fastest in terms of raw numbers and share of the electorate, extending their lead as the state’s largest party. Republicans now make up 45.6 percent of all voters. Republicans first became the largest party in the state following the 2014 General Election. Independents, meanwhile, remain the fastest growing portion of the electorate, with registration among Independents rising at a rate of 17.5 percent since January.

Although the number of Democrats in the state grew over the year, the party’s share of the electorate continued to decline, a trend that has been consistent over several decades. Democrats were officially the state’s largest party from statehood until January 2015.

Americans Elect, a political organization that gained recognition in 2012 but failed to field any candidates, had 11 voters as of Nov. 1. The group will cease to exist after this year.

The State Election Board began recording statewide voter registration statistics by party in 1960.

*Registration for minor recognized parties or political organization was less than 0.0001%.

Previous Post: We Cannot Afford to Stand By
Next Post: InfoWars: Video Interview with Bev Harris of Black Box Voting and Election Fraud — Some Things You Can Do!