“Bitcoin is too expensive for one of the most powerful women in finance.   Christine Lagarde, the head of the International Monetary Fund, on Friday told CNBC’s Sara Eisen that bitcoin is ‘too expensive for me at the moment’ when asked if she would ever buy into the red-hot digital currency.  Lagarde last month gave a soft defense of the cryptocurrency during a speech in London.  She said cryptocurrencies such as bitcoin could ‘give existing currencies and monetary policy a run for their money.’” 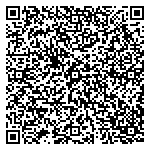