“That plane flying overhead could very well be scooping up your most intimate data, especially if you live in Texas. The Texas National Guard has reportedly equipped two of its RC-26 military aircraft with cell phone data-collecting dragnets, known as dirt boxes. The ability of government agencies to add new modifications to their aerial surveillance capabilities without any real oversight should sound an alarm for all Americans, not just those who live in the Lone Star State.” 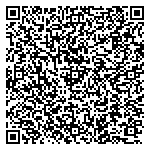