“Although the U.S. has been illegally deporting citizens for over a century, the number started soaring when Congress eliminated the right to judicial review for criminal aliens in the 1996 Illegal Immigration Reform and Immigrant Responsibility Act. The idea was to remove the barriers to ejecting immigrants who posed a danger to Americans. But the result was a general weakening of legal protections and the rise of an unaccountable immigration bureaucracy that itself has become a danger to Americans.” 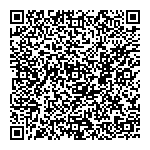