“The BRICs system of finance is entirely Western, starting with its central banking and continuing via its banking interests that are inevitably part of the larger fabric of Anglosphere finance. If those in charge of Western finance really did not want the BRICs – including China – to create an alternative to the dollar, it likely wouldn’t happen. But it is happening. The dollar has been destabilized and the BRICs and China offer alternative currencies that are supposedly seen as ‘stronger.’ Jim Rogers, for instance – a respected voice in commodities and a commentator we’ve often interviewed – believes the yuan could appreciate 500 percent against the dollar in the next few years.” 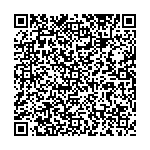 Previous Post: Smart Meter Opt-Out: Are We There Yet?
Next Post: Small businesses want Canadians to ditch credit cards every Friday