“Yellen has been part of this Fed system since the 1990s.  Just start with the year 2000:  The balance sheet of the Fed was $500 billion.  Today it’s pushing $4 trillion.  That’s an eight-fold increase just in this century.  She’s been part of it all along, and if that isn’t monetizing the debt, (then) I don’t know what the word means.   It is only the top 1% that has experienced a huge windfall from the serial bubbles that the Fed has created.  So, if you go right to the core of what this is all about — what the Fed’s mission is, what the new chairman of the Fed will be doing and saying, I think we had a pretty good indication that she’s going to take this lunatic policy that we’ve had for years now right over the edge.” 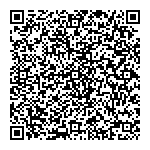 Previous Post: Yellen Strikes Out
Next Post: What Happened to the Fed’s Trillions? Back on Deposit…at the Fed!