“Outgoing Fed Chairman Ben Bernanke sounded a much more confident tone on the economy in his post-meeting press conference. And he indicated that the incoming chairman, Janet Yellen, fully supported the day’s action.  Furthermore, he said that barring some economic catastrophe, the $10 billion reduction in the QE program we’ll get in January is just the first of many steps. It should be followed by cuts of roughly an equivalent size — or more — at every single meeting in 2014.  That, in turn, sets the stage for the next major surprise. (At least to the Wall Street crowd.) I’m talking about the first actual short-term interest-rate hike in 2014.” 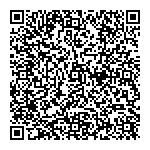 Previous Post: What Happened to the Fed’s Trillions? Back on Deposit…at the Fed!
Next Post: When We Will Celebrate the End of QE, and Why