“The former chairman of the Dutch Libertarian Party, Toine Manders has been kidnapped in Cyprus by the FIOD (the Dutch IRS) and is currently locked away in the Netherlands in complete isolation (aside from his lawyer), in an undisclosed location. He is being held for an extended 90-day period, the charges for which are unknown.  Toine Manders began his career by giving legal advice  to young Dutch men who wanted to avoid military conscription.  Toine Manders had attracted special attention from the government by running controversial ads that stated ‘Taxation is theft’, and that it was people’s moral duty to pay as little in taxes as possible, as the government is a criminal enterprise.” 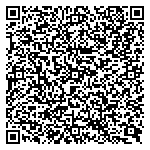