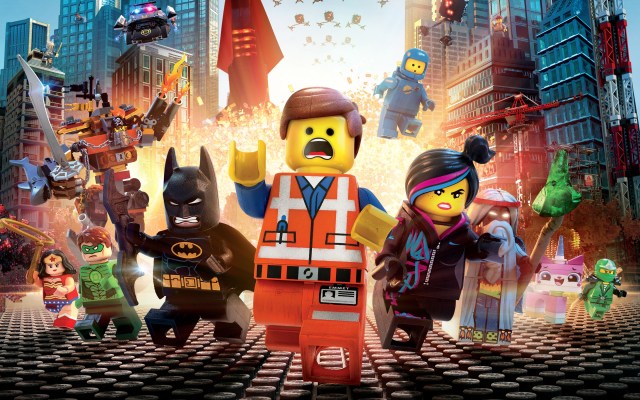 I will admit I had apprehensions about The Lego Movie. It looked genuinely funny, but I had heard from a few conservative outlets that it was staunchly anti-capitalist. I could see how one might think it is anti-capitalist if a) they don’t understand cronyism and b) their corporation profits from selling an anti-Hollywood agenda. I was pleasantly surprised to find that The Lego Movie is quite possibly the most pro-free market film of 2014.

To begin we must start with the stereotypical “bad guy”: Lord/President Business. Now to be clear, this isn’t the Muppet movie where the bad guy owns an oil company, this business owner is also the president. He is an elected official who makes the regulations and also owns the businesses. That’s not Marxism or socialism- that’s fascism or crony capitalism. Crony capitalism has become a pillar of both parties. It’s the idea that government can pick winners and losers in the market. Democrats love cronyism with bailouts and Republicans love cronyism with tax breaks to certain corporations. It’s two sides of the same fascist coin.

In The Lego Movie, President Business pretty much controls everything. He builds the buildings, the clothes, voting machines, (yes, voting machines) the overpriced coffee and controls the radio and television stations. Quite unlike many conservative depictions of fascism, however, the people are blissfully unaware of how controlled they are by consumerism. The only song that ever plays on the radio states: Everything is Awesome! Every Lego man and woman have specific instructions on how to be happy in life. They follow all the rules and regulations in order to have a peaceful society. It is only through the benevolence of President Business that they are given this wonderful life.

These little yellow sheep have traded all liberty for, as they see it, security. The Lego town is kept under constant surveillance. President Business has to watch them to make sure they aren’t doing anything wrong. When Emmett, the main character, suspects someone is breaking the rules, he has to pull out his instructions to be reminded that if he sees something, he should say something. Emmett soon discovers that there is a terrifying but liberating world outside of his Lego hometown. After being interrogated by a bad cop literally named Bad Cop, he escapes with a nonconformist named Wildstyle to go to a land where the Legos are allowed to live free and build things without following the instructions. This place is the Old West. In the Old West, Emmett begins his journey to break free of his programmed mind and think past the conventional rules.

In the end, the only thing that can stop President Business, is convincing all the Lego people that they are the ones that hold the power. They, as individuals, are full of creativity, imagination and the potential to do great things. They don’t need people telling them how to live; they have the ability to make their own choices and succeed in doing so. Competition in the market is good.

Ultimately, I do not know if the writers of The Lego Movie had any other agenda than trying to sell more Legos. I find it hard to believe that so many jokes and pokes at corporatism and the surveillance state were there on accident. I also am not hopeful enough to think that any child who watches this will take notice of any of the above references. I will, hope, however, that those who use words like cronyism on a daily basis will be able to use this film as a tool to explain and discuss with others why these things matter. In Washington DC, right now, we have lobbyists buying off politicians through manipulations of the tax code and corporate bailouts. We have a Presidential administration saying that he is not willing to let business fail and instead will spend your money and my money to intervene. We have tax dollars being funneled to businesses in alternative energy, like Solyndra, for no other reason than political perks.

We also have a government spying on us, violating our privacy and destroying our foundation. We have a TSA that continually informs us that if you see something, you should say something or if you have nothing to hide, you should not be concerned. We have an increasingly over militarization of our police that is not concerned with protecting us, but targeting us. We have a nation on the brink of trading in every liberty for supposed security. Some of us, like Emmett, have realized that there is an entire way of life outside of the over-regulated and over materialized world. We understand the power of individuals to create a free and better society. We are inspired by voluntaryism and independence. It is our goal to work towards helping others understand why liberty is so important.

Ludwig Von Mises believed that the market is a democracy and every penny is a right to vote. If you believe in free market ideas, vote for The Lego Movie. You won’t be disappointed.