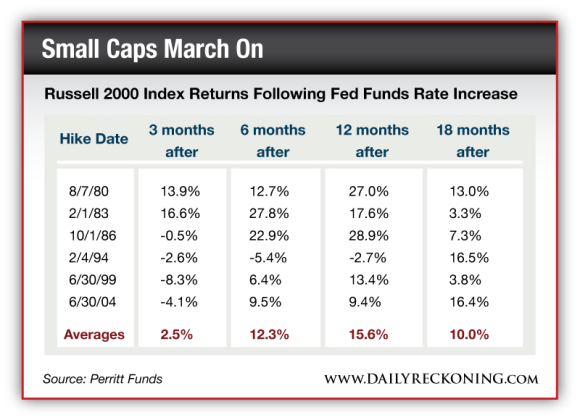 “Currently, the Fed is buying $85 billion a month in bonds and mortgage backed securities. If this was reduced by, say, $10 billion, it will be lauded as a ‘taper.’ But is it really? In my opinion, it’s still expansionary and inflationary. To the small cap sector, the data shows that it doesn’t matter. The positive performance of small caps after a rate-hike makes for a convincing argument. Different investors will recommend different strategies. Incorporating the smaller stocks in your investment portfolio might be something to consider if you fear the taper — or not.” Continue reading → 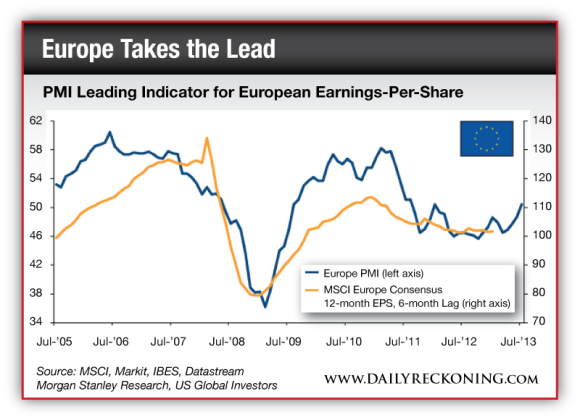 “Positive surprises and improving economic growth aren’t the only indications that the region’s economy is becoming healthier. Manufacturing appears to be on the mend. Europe has low valuations compared with the rest of the world. Take a look at the normalized price-earnings (P/E) ratio, which is trading at ‘close to a record valuation low,’ according to Morgan Stanley Research. Compared with U.S. stocks and world equities, European stocks are trading at a significant discount. So as countries including Germany, France and Italy recover, we have solid reasons to believe their eastern counterparts will enjoy a boost as well.” Continue reading →

“Although Jeremy Grantham is not as celebrated as Warren Buffett or Jim Rogers, his status as a legend in the investment world is undisputed. Grantham is the co-founder and chief investment strategist at Grantham Mayo van Otterloo (GMO), where he oversees $100 billion in assets under management. He has built much of his investing reputation over his long career by successfully steering his clients away from bubbles and crashes. Grantham recently published his outlook for the next seven years. In it, he predicts that most asset classes will return little in the next few years. But there are a few exceptions.” Continue reading →

“A recently released 1975 letter offers new insight into how early Buffett was to grasp both the difficulties of pension fund management and the inability of Wall Street to provide adequate solutions. Perhaps even more valuable is the way the letter throws light on Buffett’s approach to value investing. Buffett tries to act not like a typical fund manager but like a company owner thinking about buying another company. The crucial ingredients: patience, to get a good purchase price; courage, to stick with your investment if the business is doing well but the market doesn’t agree; and a willingness to sell into a bubble when, as so often happens, one comes along.” Continue reading →

“What’s a share in a company really worth? What’s a bond worth? Heck, what’s the dollar itself worth? All of these questions will draw the same reply: it depends. Among the things it depends on is the ‘trust’ in the society…in its leaders…in its capital structure…and in its future. When the sun is shining, it’s easy to have trust in a society. It’s when the chilly winds blow that the question marks begin to fly. You see them picked up by the gusts of wind like plastic bags…floating around until they are snagged on some barren tree. That’s when it gets interesting…when the hopes and hallucinations that undergirded the boom give way. Our guess is that investors are about to go back to school.” Continue reading →

“The alliance between the modern welfare state and the modern warfare state is based on the legitimacy of an ever-growing federal government: an ever-growing federal deficit, ever-increasing tax rates, and the permanence of the Federal Reserve. The liberals do not want to change the prevailing political system, and neither do the conservatives. The liberals want their welfare checks to go out, and so to the conservatives. The liberals want to push foreign nations around, and so to the conservatives. This is why taxes will not go down, the Federal Reserve will not be abolished, and the gold coin standard will not be re-established until such time as the Great Default bankrupts the federal government.” Continue reading → 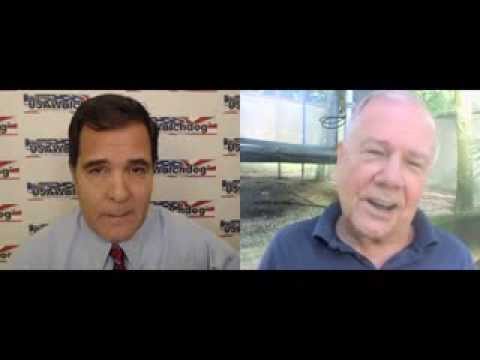 “Multi-millionaire investor Jim Rogers predicts, ‘They’re going to take money wherever they can. . . . They’re going to take our bank accounts and retirement accounts.’ Rogers concludes by saying, ‘We’ve had perilous times, and it’s going to get worse. . . It’s coming, be worried, be careful.’ Join Greg Hunter as he goes One-on-One with Jim Rogers, author of ‘Street Smarts, Adventures on the Road and in the Markets.'” Continue reading →

“Federal Reserve vice-chair, Janet Yellen, who is widely believed to be under consideration to be nominated by President Obama to succeed Ben Bernanke as Fed chair, is a debt free, multi-millionaire. The total does not include the pensions the couple earned at the University of California, Berkeley, where both worked as professors, nor Ms. Yellen’s pension from the Federal Reserve Bank of San Francisco, where she was president from 2004 to 2010, nor the home they own near campus. The disclosure forms do not include the salary earned by Mr. Akerlof as a senior resident scholar at the International Monetary Fund.” Continue reading →