The Republican primary is ‘closed’; that means you must be registered Republican to vote in it. 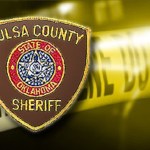 Vic Regalado (right) faces questions of violating state campaign laws.   KOTV Reports, tonight that Sheriff Candidate, Vic Regalado has a lot of explaining to do, but he won’t be providing any answers until after the election, if ever. His campaign money is coming from a felon, several out-of-county sources, reserve officers (like Deputy Bates was), and a very bizarrely connected group who allegedly all gave the maximum on the same day?

[Editor’s note:  There is at least one good option on your ballot, OKGrassroots has not endorsed a candidate officially, but Sandra Crosnoe believes you should take a close look at and give consideration to Jason Jackson.  His answers to the Tulsa 912 questionnaire link published earlier caught her attention.]

The revolution in Republican politics is underway.

The leader is not the choice of “grassroots” Republicans, Ted Cruz.

He’s not the choice of the “establishment” either, Marco Rubio.

He is, instead, the unlikely-est of all, Donald Trump.

And it is a revolution, make no mistake. Thousands of voters in primary and caucus states have validated what is happening.

Others are startled by Trump’s ascension. The Associated Press interviewed one man, a voter, and reported the conversation: “(he) is part of a legion of skeptical Republican voters across the United States coming to grips with the prospect that Trump, a candidate whose appeal they simply can’t understand, may end up being their party’s best chance for retaking the White House. The real estate mogul has scored three commanding primary victories in a row, including Tuesday in Nevada, and enters next week’s delegate-rich Super Tuesday elections in strong position.”

JACKSON, Miss. (Feb. 27, 2016) – A Mississippi bill that would that would improve existing law nullifying in practice some Food and Drug Administration (FDA) rules that deny access to experimental treatments by terminally ill patients passed out of the state Senate Thursday. Last year, the Mississippi legislature passed, and the governor signed,“Right to Try”…

In 2016, the world will witness a Civil War. However, it will not on be fought on the streets of America, but on the big screen. Marvel’s Civil War is destined to draw huge money all over the world – and I do not think its theme could be timelier. This movie is based off…

Imagine the following absurdity: a police pulls over a speeding motorist and issues him a ticket. The motorist responds, “You don’t have the authority to give me a ticket and I am not going to slow down!”Several months later, a judge sides with the off…