Following my post on Saturday and some Tulsa-area news organizations picking up the story, Congressman Markwayne Mullin’s campaign is downplaying the impact of the Statement of Candidacy he recently filed with the Federal Election Commission.

Congressman Jim Bridenstine:  “This legislation prioritizes improving weather forecasts and opens opportunities for new and innovative sources of weather information.  I congratulate President Trump for moving us closer to a day when we have zero deaths from tornadoes and severe weather events.”

Three national media outlets are naming Oklahoma congressman, Jim Bridenstine as a leading candidate for the next head of NASA. And Rep. Jim Bridenstine says he’s still “in the mix” to be the next NASA administrator.The Oklahoma Republican told a Tulsa TV station that he was recently interviewed again by the White House for the job, but doesn’t know when the administration will make a decision on the position.“I don’t know what the […]

From the ORU Oracle: 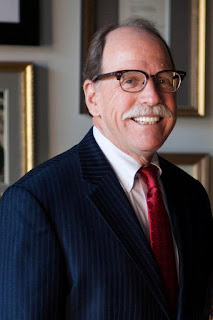 Tulsa County saw Harris serve a record setting record 16 years as district attorney, aiming to fight for the rights for victims of crime.

Recently, Congressman Jim Bridenstine has not endorsed Harris’ campaign, but encouraged him to run. Bridenstine is “self-term limited by his own choice” according to Harris. Bridenstine is also in line to be considered for the director of NASA inside the Trump Administration

Nik Berg emerged the winner of the straw poll of the membership of the Tulsa Area Republican Assembly, Tuesday night. He surpassed the 60% margin, but fell just one vote short of winning an outright ‘Endorsement’. The bylaws require a 2/3 vote of support.   Tressa Nunley picked up the remaining 39% of the votes.   All four candidates spoke to the group at the March meeting.  Three of them returned a vetting form to the group in ti […]

The U.S. military under Trump is quickly morphing into judge, jury and executioner of any enemy they see fit and are, as recent events suggest, free to attack them in anyway they choose.
By Whitney Webb |

President-elect Donald Trump, center, listens to a member of the military in the stands as he watches an Army-Navy NCAA college football game at M&T Bank Stadium, Saturday, Dec. 10, 2016, in Baltimore. (AP/Andrew Harnik)

Last year, as Trump’s front-runner status in the Republican primaries began to truly unnerve the conservative establishment, several figures emerged as possible “fail-safes” to the increasing inevitability of a Trump-Clinton showdown. One of these figures was former four-star general James Mattis, now Secretary of Defense, who was courted by “an anonymous group of conservative billionaires,” as well as former aides of the Bush family. According to the Daily Beast, the billionaires numbered nearly a dozen and were comprised of “influential donors” and “politically-involved billionaires with deep pockets and conservative leanings.”

DOVER, Del. (April 18, 2017) – A bill introduced in the Delaware Senate would reform the state’s asset forfeiture laws to prohibit the state from taking property without a criminal conviction. The legislation also takes on federal forfeiture programs by banning prosecutors from circumventing state laws by passing cases off to the feds in most…