“We devote impressive money and manpower to the fight against illegal immigration, but meanwhile, in Big Bend, one can find a modest example of free enterprise defying borders.” Continue reading →

“The bottom line is that people who receive comfortable government benefits don’t have as much skin in the game when it comes to the end-result of the newly proposed healthcare bill.” Continue reading →

“We’re not dealing with a government that exists to serve its people, protect their liberties and ensure their happiness. Rather, these are the diabolical machinations of a make-works program carried out on an epic scale whose only purpose is to keep the powers-that-be permanently (and profitably) employed.” Continue reading →

With just over a week until the end of the regular legislative session, some lawmakers have proposed massive tax increases, including a plan to cap personal itemized deductions that would dramatically increase personal income taxes on many Oklahoma families and small businesses.

OCPA released today a budget plan to fill Oklahoma’s $878 million budget gap and give teachers a pay raise—while respecting and protecting Oklahoma families and their own budgets.

The balanced budget plan proposed by OCPA includes more than $1.3 billion in savings—including items from OCPA’s “Freedom Agenda” published in January and “First Steps” list released in February—and $337 million in tax increases, including an increase in the tax on gasoline and diesel, a 67-cent per pack cigarette tax increase, and a wind production tax. Together, the lower spending and increased taxes add up to nearly $1.7 billion.

HB2414, the latest House budget proposal, failed to receive the required 3/4ths supermajority vote for passage this evening. It did end up with a bare majority, making it eligible for inclusion on the next general election ballot. The final vote was 51…

A hastily called Joint Committee on Appropriations and budget just recessed and members are filing into the House chamber to push the deal through.   The deal includes huge new spending  on common education.  It hikes fuel taxes, sales taxes, oil production taxes, and several other regressive measures.  The economy will no doubt be greatly burdened with carrying the load of an ever-growing state government.  Echols started o […]

Our enemies are in New York, Washington, and Los Angeles, in “our” own media companies, government bureaucracies and intelligence agencies. 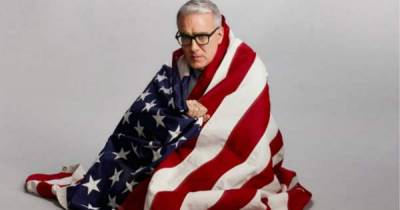 The author is a conservative columnist, a Beltway veteran, and a refugee from Conservatism Inc. He is a regular contributor to Vdare.com