“The sheer magnitude of the amounts of money used to combat the crisis – $2.6 trillion sitting at the Fed as bank reserves and $4.2 trillion held by the Fed in various securities – may complicate the U.S. central bank’s ability to control its target interest rate once the decision is made that it should be raised.  The Fed has neared consensus that its workhorse tool will be the interest it pays banks on excess reserves on deposit at the Fed.  Another tool would have a similar impact but apply more broadly, using overnight repurchase agreements that would let money market funds and other institutions as well as banks essentially make short-term deposits at the Fed.” 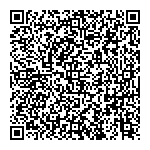