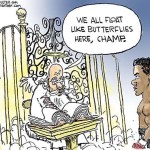 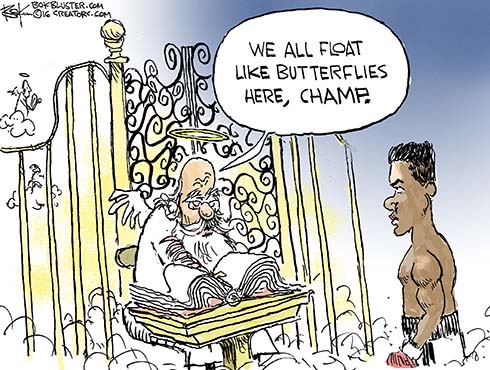 Muhammad Ali gave up the best years of his boxing career for something he believed in. He refused induction into the army during the Vietnam war. By the early 70’s most of the country was on his side and he became the greatest ever.

That made me think of Bob Feller and Ted Williams. They gave up the best years of their baseball careers for something they believed in – fighting WWII. They became heroes too.

I thought I might make something out of that in a cartoon but settled for this.

I’m sure it’s a little theologically dubious – a Muslim, a Christian, and a Jew meet at the Pearly Gates…