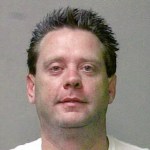 This narrative has replayed itself over and over. The big money often wins the GOP primary and becomes the nominee. If the liberal lobby groups can buy the GOP nomination, they really don't care if the Democrat loses, because they already own the elective office.   The Hofmeister election is exactly what that looks like.
We might expect a constitutional argument from the defense on this matter. The prosecutor (Democrat David Prater) obtained the Chad Alexander text messages via a court search warrant.  The likely pretense was to determine further drug related activities. But the use of those  "private papers" for election activities would have to be challenged. This is the kind of issue which Liberty Republicans have been very critical of (expanded police powers). AH Strategies clients have been very critical of the "Liberty " candidates who bring up these constitutional freedoms issues. Typcally, when a search warrant is issued to search a home, only info related to the stated probable cause listed in the warrant can be used in a case. Detectives have to ignore unrelated evidence. They have to prove they didn't just go fishing. the prosecution will now have to prove to a court that they had a probable cause even before looking at Alexander's cell phone.