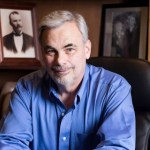 Here's another perspective on the seven State Questions on the ballot. Richard Engle, a longtime conservative activist and past candidate for OKGOP Vice-Chair and National Committeeman, posted his take on Facebook, and I thought it was worth the read. Engle on the Issues

I've been away from politics a bit more than ordinary this year, but I haven't lost my passion for truth. The Oklahoma ballot in 2016 may become best known for the state questions as there is little doubt on the outcome of the statewide candidates including the Presidential Electors.

My guess is that I will offend and surprise a few of you but here goes:

State Question 776 was designed to assert that all methods of execution shall be constitutionally allowed, unless prohibited by the United States Constitution, and designated statutorily by the legislature. This is a harmless and rather unimportant question. If you favor the death penalty for murderers then you likely want to vote in favor. I have wavered on the penalty in the wake of clear tampering of evidence and some notable DNA exonerations. Nonetheless, as a constitutionalist, I will support this question. If we want to end the death penalty a vote against is not adequate to the task. VOTE YES.

State Question 777 was designed to establish a constitutional guarantee for farmers and ranchers to engage in farming and ranching practices. This is no panacea for property owners. It has little actual impact. It does protect all agriculturally related land owners including large corporations. I am amazed by the advocates of private property that would oppose this on the grounds that it protects corporate land owners. Property is property and the owners thereof deserve to be protected under the law. However, the protection it provides is minimal. The legislature may place further regulation on use by leaping a rather low standard. In that it doesn't really change anything. On the other hand, it creates an absolute barrier to subdivisions of government (counties and cities) from placing any further restrictions on agriculture. Having owned a ranch and vineyard which happened to be in the city limits I knew that the city could have put a stranglehold on my land use at any time. This proposal is worthwhile. VOTE YES.

State Question 779 was designed to increase the state sales tax by one percent to generate revenue for education funding. It will come as a surprise to nobody that I would oppose this Boren Tax. The reasons to oppose it are many and there is no good reason to support it. VOTE NO!

State Question 780 was designed to reclassify certain property offenses and simple drug possession misdemeanor crimes. The state of Oklahoma has been far too quick to create felonies. With 3 strikes you're out we are overfilling our prisons. We are not making Oklahoma safer. I don't want people to use drugs recreationally. I don't want to be a victim of a property crime of any size. However, making felons of all such criminals has not and will not help. VOTE YES.

State Question 781 was designed to use money saved by reclassifying certain property and drug crimes as misdemeanors outlined in State Question 780 to fund rehabilitative programs. "Ignorance gone to seed" is the best way I know of to describe this idea. Money saved is the property of the taxpayers. Creating another government program is not wise. VOTE NO!

State Question 790 was designed to repeal Section 5 of Article 2 of the Oklahoma Constitution, which prohibits public money from being spent for religious purposes. There is a lot of confusion on this one. The article to be repealed is a bad one. It doesn't matter how much you might worry about the infusion of religion into public life. If this were a question of adding the article to the constitution most of those who don't want it removed would not want it added. No Pandora's box will be opened if we remove language which was designed to discriminate against a religious minority. We will continue to have the 1st amendment to the US constitution. VOTE YES.

State Question 792 was designed to allow grocery stores and convenience stores to sell full-strength beer and wine. It saddens me that this proposal does not do what should be done. I would suggest that the only significant role the state has in the regulation of the sale of alcoholic beverages is the age restriction. Currently children are not permitted in liquor stores or bars. They will, however, be allowed full access to grocers and convenience stores under this proposal. "Modernization" of liquor laws does not consist of creating a system of contradictory standards for different businesses. I would suggest that any business selling age restricted items should be required to do so in an age restricted section of the business. This would create a single, simple standard for all businesses selling such items. It is little inconvenience for families to keep their children out of the bar area of a restaurant or out of a liquor store. Nor would it be a problem to require a store selling such items to create an age restricted area (such as behind the counter as is done with cigarettes) for such items. This state question does the wrong things and does not do them in a fair or even handed manner. VOTE NO!