Skip to content (Press Enter)
Written By Freedomwat.ch StaffPublished On May 11, 2017May 11, 2017CategoryNetwork The Freedom Watch

“The 90-second video message from Sheriff Peyton Grinnell features a stern message to heroin dealers in his community, as he’s flanked by four deputies in body armor and black face masks, who stoically stare into the camera. Some people made comparisons to videos from the Islamic State, the terrorist group also known as ISIS whose propaganda often features masked men delivering fiery statements.” 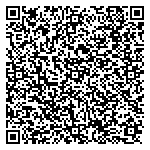