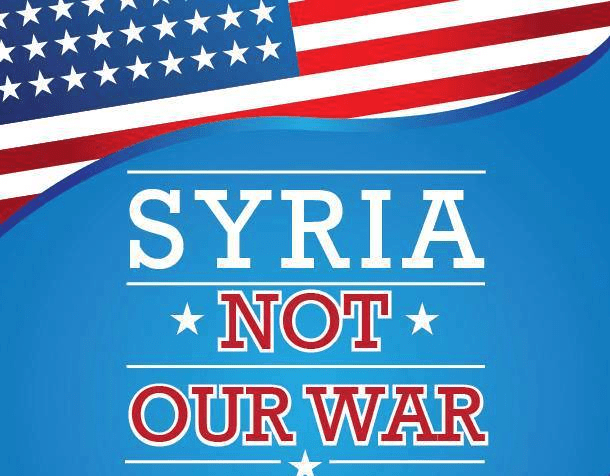 Several weeks ago President Obama decided unilaterally to arm Syrian rebel forces despite the fact that many had openly pledged allegiance to al-Qaeda.

Now the President has decided, without congressional approval or oversight, to attack the Syrian regime.

The Constitution is clear. Congress is to declare war, not the President.

The situation in Syria is a delicate one. There are no clear ‘good guys’. What is clear is that if President Obama decides to attack the Syrian regime, the United States will be on the same side as al-Qaeda.

This makes no sense.

How can our government justify intervention overseas fighting against al-Qaeda and justify the loss of liberties here in America, e.g. the PATRIOT Act, NSA, TSA and so on, to protect us from the likes of al-Qaeda while coincidentally helping al-Qaeda forces in Syria?

This type of foreign policy is schizophrenic at best.

The American people deserve open deliberation and strict scrutiny for any type of intervention taken by our government to involve us in yet another conflict overseas.

However, if the President were to ask us, the American People, if we believe it best to intervene in Syria’s civil war we believe he would hear a resounding ‘NO’.

A new Reuters/Ipsos poll shows only 9% of respondents said that the Obama administration should intervene militarily in Syria.