“J. Cole takes on the war on drugs in his new video for the Born Sinner track ‘Crooked Smile,’ featuring TLC. Cole plays a family man who cares deeply for his daughter, juxtaposing this against a white DEA agent who is also a single father. But though Cole slings baggies of marijuana, he’s far from a violent criminal, inviting his parents over for his daughter’s birthday and making a cake especially for her. Both sides collide tragically when DEA agents raid the house and Cole’s daughter is shot, rattling everyone involved in the takedown. The rapper has a direct message with the video: he is honoring deceased seven-year-old Aiyana Stanley-Jones, who was killed during a 2010 police raid in Detroit.” 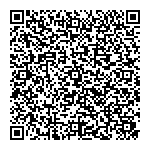