“Massive protests against Viktor Yanukovich hammered Ukraine’s financial markets on Monday, increasing the risk of a currency crisis as the president tries to hold on until an election in early 2015.  Ukraine’s debt insurance costs jumped and currency traders increased bets on a devaluation after 350,000 people protested on Sunday against Yanukovich’s decision to ditch a trade pact with the European Union.  Central bank Governor Ihor Sorkin backed up foreign exchange intervention by vowing to do everything needed to uphold financial stability. In an online video message, he urged savers ‘to be confident in the banking system’ and not to withdraw their deposits.” 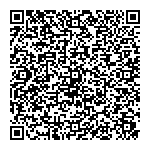