[Editor’s note: Oklahoma earthquake occurs as he is making the video – confirming predictions in real time!] 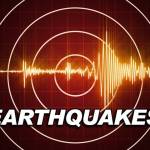 In the early morning hours of Nov. 18th, Oklahomans were shaken by a 4.7 magnitude quake centered near the Great Salt Plains Lake, in North Central Oklahoma.
The USGS released the following info:

Earthquakes in the Stable Continental Region

As is the case elsewhere in the world, there is evidence that some central and eastern North America earthquakes have been triggered or caused by human activities that have altered the stress conditions in earth’s crust sufficiently to induce faulting. Activities that have induced felt earthquakes in some geologic environments have included impoundment of water behind dams, injection of fluid into the earth’s crust, extraction of fluid or gas, and removal of rock in mining or quarrying operations.

Here is the twitter I just released and the reports are coming in now around 11p on 11-5-11:

Touch play button on site to see a hypothetical drift of the plume from Japan Earthquake aftermath at Fukushima Nuclear Plant.

The first occurred at 6:10 a.m. local time at reactor No. 2, which had seen nuclear fuel rods exposed for several hours after dropping water levels due to mishaps in the emergency cooling efforts. Within three hours the amount of radiation at the plant rose to 163 times the previously recorded level, according to Japan’s Nuclear and Industrial Safety Agency.

Elsewhere, radiation levels were said to have reached 400 times the ‘annual legal limit’ at reactor No. 3. Authorities differed on whether the reactor pressure vessel at reactor No. 2 was damaged after the explosion, but said the reactor’s pressure-suppression system may have been damaged possibly allowing a radiation leak. After this, a fire erupted at reactor No. 4 and was subsequently extinguished, according to Kyodo. Kyodo also reported the government has ordered a no-fly zone 30 kilometers around the reactor, and Prime Minister Naoto Kan has expanded to 30 kilometers the range within which citizens should remain indoors and warned that further leaks are possible.

While it’s true we do not focus on world news here, it is impossible to overlook the devastation ongoing in Japan due to its historic proportions. I thought some of our readers might be interested in some of the information I pulled up throughout the evening Friday. This article on the UK Daily Mail includes […]