“Data from 2017 reveals that the idea that there is a ‘war on cops’ is nothing more than police propaganda, as the number of officers killed in the line of duty dropped to the second-lowest total in more than 50 years.  Conversely, there were over 1,000 people killed by cops for the fourth year in a row, according to the website killedbypolice.net, which operates a database of individuals killed by law enforcement officers.” 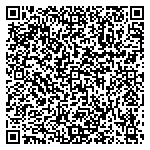