“A Pennsylvania police chief—who gained widespread attention after losing his arm in a summer fireworks accident—was arrested after soliciting sex from a teenage girl during an online sting.  Forty-year-old Chief Mike Diebold is being charged with two felonies: unlawful contact with a minor and criminal attempt to involuntary deviate sexual intercourse, WPXI, an NBC-affiliate in Pittsburgh reported. Diebold reportedly sent inappropriate photos through an online messaging app while soliciting sexual contact, under the name ‘KuteCop4You’. Little did he know, he was in contact with a fellow police officer – albeit undercover.” 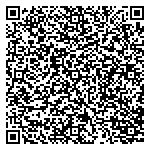