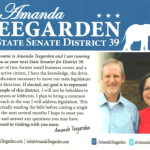 If you live in the Tulsa area and you were looking for a campaign to help with this season, may I wholeheartedly recommend Amanda Teegarden to you. I have worked with Amanda for several years on political issues and with various groups and campaigns. I am pleased to see her now running for office herself. She has taught me (and many others) a lot about legislative process, and political philosophy. She also has been a great role model to me in exhibiting grace without compromising principle. Wisdom in action is so needed on all fronts these days! 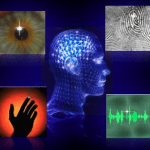 Kaye Beach Dec. 1, 2015 I was pleasantly surprised to day to read Shane Smith’s excellent piece on the Oklahoma REAL ID debate published today at the Red Dirt Report. If you were relying on major media, you might not …

Kaye Beach Nov. 28, 2015 This is the testimony of the third speaker at the REAL ID Study held by Rep. Lewis Moore and Rep. Bob Cleveland at the Oklahoma state capitol on Nov. 18, 2015. Unfortunately no official … 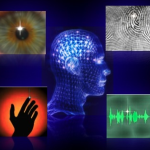 On Nov. 18th there was a public study held at the Oklahoma state capitol on the issue of REAL ID. Oklahoma is under pressure to implement the federal REAL ID Act of 2005.

The meeting was held by Rep. Lewis Moore and Rep. Bob Cleveland. Many Oklahomans expected to follow the meeting online. They were disappointed. I am posting testimony of the speakers so that those who are interested can be informed on the proceedings. … Continue reading →

Join me for my campaign kickoff this Thursday night in Tulsa!

This Thursday, September 3rd, at LaFortune Park Clubhouse (5501 S. Yale, Tulsa, OK) at 7:00 pm I will be officially kicking off my campaign for State Senate. I would be honored if yo…

Please attend the Oklahoma Corporation Commission “Hearing On The Merits” (to impose a penalty or tax upon those refusing the “Smart Meter Offer”). Numbers count whether you give “public comment” or fill the court with your presence.

The Detestable Act of Abortion Shows Insight on our Nation

Anyone who is a dog owner has had that moment when they catch their dog drinking from the toilet bowl.  Upon admonishment, the dog gives you a quizzical look that says, “Is something wrong”?

Perhaps it is an unfair comparison, and it is obviously not even in the league with things that go on in society, but it does convey the analogy that people often become so desensitized to detestable things that they not only don’t detect that their behavior is wrong, but fully believe that absolutely wrong is absolutely right.

We have seen this repeatedly during human history, case after case of man’s inhumanity to man, where one man no longer perceives another man as a human being, and thus feels no shame or remorse at the mistreatment of his counterpart.

Of course, the most prevalent example of this is one that took place during the lifetime of some of our oldest living citizens, Adolph Hitler and Germany. An acquaintance of mine who grew up in Germany during Hitler’s rise to power said that he was seen as someone who was going to save his or her nation.  At tht time Germany had suffered a humiliating defeat at the end of World War I, and was in a deep depression, both financially and mentally.

Read the rest of the Tulsa Beacon Article here

Randy W. Bright, AIA, NCARB, is an architect who specializes in church and church-related projects. You may contact him at 918-582-3972, rwbrightchurcharch@sbcglobal.net or www.churcharchitect.net. ©2014 Randy W. Bright  Previous articles written by the author are available for reading at his website.